O Canada: Wedding Differences We See North Of The Border

[Editor’s Note: This article has been previously published in the international publication, Wedding Planner Magazine (Fall 2019).]

When I was initially asked about writing an article on Canadian wedding traditions, I thought it would come together easily. I sat down to start putting ideas together and did what any good writer would do – begin with a quick Google search on Canadian wedding traditions. You can only imagine my shock and surprise when a bunch of items came up that I had never even heard of! I have been in the wedding industry for over eleven years now, and I’ve done hundreds and hundreds of weddings in Calgary and the Canadian Rockies.  How could it be that I didn’t know what a Sock Dance or a Wedding Wheel was?

Then it hit me. A closer look at the blog articles showed me that they were authored by planners from Eastern Canada. I don’t mean that in a bad way or anything, but the fact is our country is so large (geographically, we are larger than the United States), that just like everything else from politics to education, we do things a little bit differently than our colleagues to the east. This discovery kicked my brain into overdrive and I really felt like I was on a quest. A quest to figure out how wedding customs and traditions were unique in Western Canada. 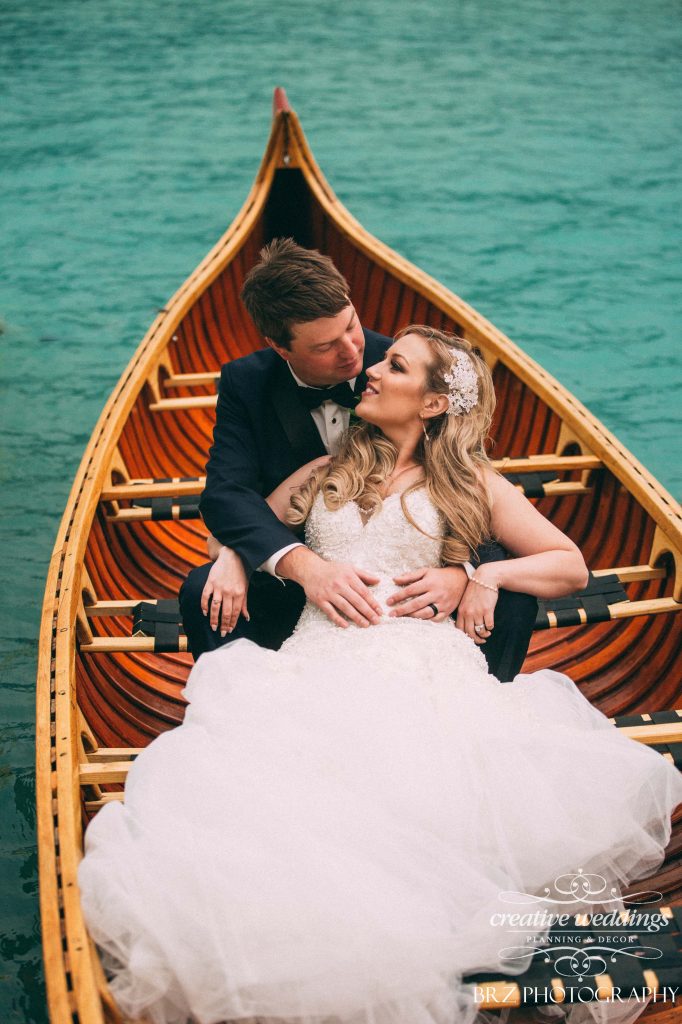 It’s All Related To Timing…

I am fortunate to work with a number of American clients each year who want a destination wedding in the Canadian Rockies. Perhaps one of the biggest areas I see differences between my destination couples and my local clients is related to the organization and itinerary of the event. For example, my American clients often want to do the Grand Entrance immediately followed by either the cake cutting or the first dance. With my local couples, however, it is very different. We tend to wait until later on in the evening. Very often we will cut the cake after dinner has finished being served, especially if the cake is being put out along with the late night food. The first dance is then scheduled immediately afterwards, as if to kick off the dance part of the celebration. Where I live in the prairies (and near the mountains), it can be 9:00 PM or later before the sun sets during the summer months. Part of the reason I’m wondering if we do things a little later is to wait for it to get a little darker outside so any lighting effects are more noticeable.

Now Introducing Our Host For The Evening…

Another big area we see a difference is in choosing the Master of Ceremonies or MC for the event. My American couples tend to want me to hire the DJ or someone from the band to take on this role. Whereas, my local clients will often choose a family member, like an aunt or uncle, a family friend, or someone they know from university to step into this position. It is often someone who is already very familiar with the couple, so they already have the necessary history and knowledge to integrate seamlessly into the event. However, as they may be new to this role, they do often need a little more guidance from myself as a planner on what exactly their role is, what kinds of things they should be talking about, when it should happen, how they should call tables if it is a buffet dinner, and other “MC” related stuff.

I Now Pronounce You…

Choosing who marries you is an important decision for any couple getting married. Many couples may want to choose the minister from their family church or a family member or close friend who can take a simple course online to become an officiant. While this seems to be a fairly common practice in the United States, it is not so easily done in Western Canada. (When I refer to Western Canada, I am referring to the provinces of British Columbia, Alberta, and  Saskatchewan.) For legal weddings here, your officiant must be approved by the province. They have to be an authorized clergy person from a recognized religious organization, such as a church, a synagogue, or a mosque. As an alternative to religious ceremonies, the branch of Vital Statistics for each provincial government designates a select number of individuals as marriage commissioners. These people are licensed to perform non-religious civil wedding ceremonies in almost any location in each province, but only in that province. (For example, an Alberta marriage commissioner cannot perform a ceremony in British Columbia or vice versa.) Along those same lines, courthouse weddings are a thing of the past here. If we have a US couple who has their heart set on a friend being their officiant, our advice is to get legally married ahead of time and then have a symbolic wedding with your friend performing the ceremony. If you are helping one of your couples plan a wedding in either British Columbia, Alberta, or Saskatchewan, I encourage you to check out the marriage rules and regulations on the appropriate provincial website. You will often find a list there of approved marriage commissioners to contact.

Perhaps the biggest and most significant way in which I see us standing out in Canadian wedding traditions is our emphasis and focus on multiculturalism. Growing up, we were taught in school that Canada was a mix of many different cultures. What made us unique as Canadians was our acceptance of everyone’s different background, creating a truly multicultural nation. We aren’t a melting pot, but more of a collage that celebrates diversity. Our country is vast. The Canadian population is made up of people from every corner of the globe. It only makes sense that our celebrations, including weddings, reflect the unique blend of cultural traditions of its people. In fact, this really is what is a Canadian wedding is all about – a multicultural experience incorporating the most important traditions from the respective family backgrounds of the couple getting married. For example, we might do a wedding with a Chinese Tea Ceremony earlier in the day, a Jewish hora as part of the dance reception, and poutine (an eastern-Canadian delicacy of French fries, gravy and cheese curds) as part of the late night spread. Another couple will decide to serve a buffet of Indian food followed by Greek dancing and plate smashing afterwards. In Canada, we tend not to think of things in black and white, but more of a blending of the best traits of the two or more cultures involved to create a culturally rich wedding celebration. 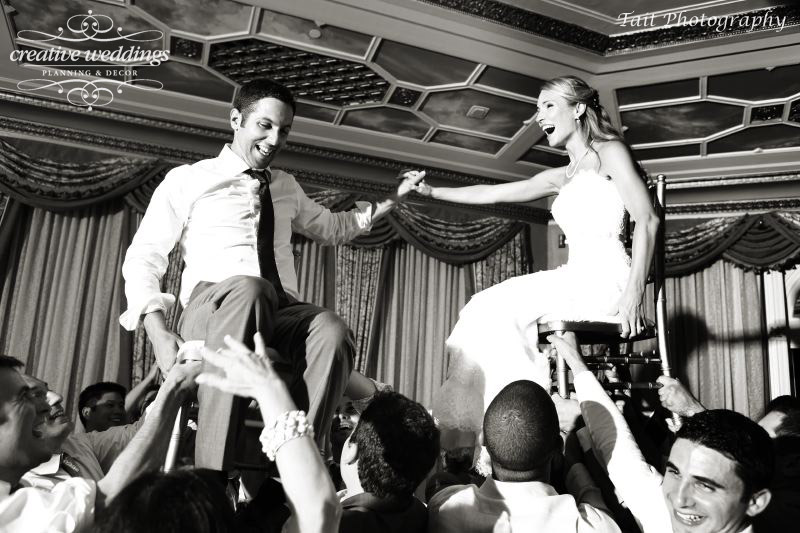 There are so many similarities between our two nations. As a wedding planner, you aren’t going to notice a ton of differences between weddings in Canada and weddings in the United States, but  there are a few specifics I’ve identified that you should be aware of and ready for. It is what makes us unique! If you have questions, I encourage you to reach out to me by email at cathy@creativeweddings.ca and I’ll do my best to help. Happy planning!

Cathy MacRae,PWP© is the owner and lead planner for Creative Weddings Planning & Design. Now in its eleventh year of operation, her company is one of the top planning and design companies in Calgary, Alberta and the Canadian Rocky Mountain communities of Banff and Lake Louise. Her clients want a bespoke wedding that tells their story and makes hearts skip a beat. She also works as a business coach with Someday Consulting©, and is the author of My Someday Planner©, a business tool for creative entrepreneurs.